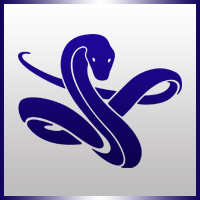 A “video circulating on social media of a purported snake in the Somerset area is not true,” the Government noted.

The Bermuda Government tweeted, “The Department of Environment and Natural Resources is aware of a video circulating on social media of a purported snake in the Somerset area. The Department can confirm that this posting is not true and is a hoax.”

According to another social media post, the person who originally posted it, later posted it was an “old video they took in America’, they ‘thought it was a joke’ and asked people to delete it if they were sent it.

While this alleged snake was not in Bermuda, checking Bernews archives show that we have had at least three instances of snakes being found here over the past decade, on two occasions they were “humanely euthanized” and another one was “destroyed by a concerned citizen.”

The Government has previously noted that “the introduction of snakes to the island’s natural environment could potentially be extremely harmful to both human health and safety and Bermuda’s delicate environment.